The 2014 Honda CR-V Awards are Stacking Up 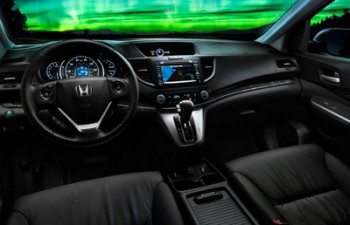 With the automotive marketplace being so crowded and competitive, it is an impressive feat to win a major award. When a model starts racking up multiple awards from different sources, it is a ringing endorsement this vehicle is something special. The CR-V has always been a popular model with drivers and critics alike, but the 2014 Honda CR-V appears to be the best build yet. Here are the honors it has already been awarded.

The compact crossover segment is one of the most popular and fastest growing vehicle segments. Popular models include the Subaru Forester, the Hyundai Santa Fe, the Toyota RAV4, and the Ford Escape. When Kelly Blue Book was compiling a list of the best SUVs that sell for less than $25,000, they named the 2014 Honda CR-V as the best for the second year in a row. The judges pointed to the CR-V’s ample list of features, functional levels of performance, and stellar reliability. Drivers looking for an affordable vehicle that provides a real return on the investment should look closer at the 2014 CR-V.

Best Car for the Money

U.S. News & World Report placed the 2014 CR-V on its “Best Cars for the Money” list, designating it as the “Best Compact SUV for the Money.” In their evaluation, they echoed much of the praise offered by KBB. In order to determine their rankings, the judges combine quality and value data into a composite score. This comprehensive approach allows them to weigh the true strengths and weakness of comparable models against each other. When the list was complete, the 2014 CR-V was shown to offer the most amount of appeal for the lowest ownership cost.

Take a Ride in an Award Winner

For two years in a row, the Honda CR-V has been the best selling SUV in America. It is clear drivers are picking up on what the critics have been saying. There are few other vehicles on the road right now that are as fun to drive, as reliable, and as affordable as the CR-V. If you think this vehicle might be right for you, visit Middletown Honda to browse our extensive inventory.