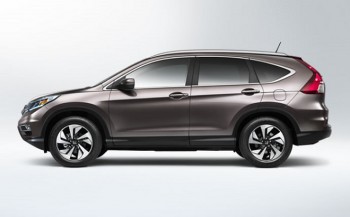 With the 2015 Honda CR-V changes, drivers in Middletown and Mechanicstown, NY are presented with the most refined edition of this crossover yet. Honda has made a number of enhancements and improvements to a variety of aspects of the new CR-V, including in the performance, fuel economy, interior space, safety, and tech departments. Let’s take a closer look now at each of the 2015 CR-V changes has enhances this beloved crossover.

Unlike previous versions of the CR-V, the 2015 Honda CR-V changes include the addition of a continuously variable transmission (CVT) and direct injection four-cylinder engine. This new engine can pump out 185 hp and 181 lb-ft. of torque, an impressive set of performance numbers given the presence of only four cylinders. The CR-V also achieves impressive fuel economy: EPA estimates for a 2015 CR-V LX with two-wheel drive come to 34 mpg on the highway and 27 mpg in the city.*

Improvements to Technology and Safety

The new CR-V also brings with it a number of important improvements to overall vehicular safety as well as to interior technologies. Honda has specifically focused on improving sound isolation, the center console armrest, and sliding sun visors while also adding a number of new features such as a heated driver’s seat, communications and entertainment tech, and LED daytime running lights to keep you and your passengers safe on the road, whether you’re sticking to the Middletown and Mechanicstown areas or travelling elsewhere.

Plenty of Space for the Whole Family

Finally, the 2015 CR-V incorporates a number of enhancements to the overall spaciousness of the vehicle: your passengers will have a surprising amount of legroom for a compact SUV, and you’ll also have plenty of room for all of your cargo.

See the 2015 Honda CR-V Changes for Yourself Near Mechanicstown, NY

Come down to Middletown Honda today to see the 2015 Honda CR-V for yourself. Take it for a test drive, get a feel for its interior, and see if it’s right for you. We can’t wait to see you at our dealership near Mechanicstown!