The 2016 Honda Civic Reveal Takes on Convention and Wins 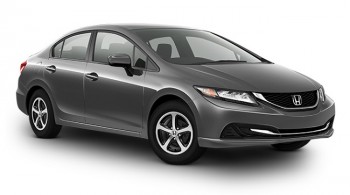 Middletown and Mechanicstown are understandably excited by the 2016 Honda Civic reveal, so we’re happy to share everything we know. The 2016 model will be the first in the tenth generation of this legendary vehicle, and we’re happy to report that Honda has managed to make it better than ever without sacrificing any elements which made previous models — like the 2015 Civic — so phenomenally popular.

According to patent drawings reported by Autoblog, the 2016 Honda Civic is set to hone the brand’s robust styling even further. Bolder design elements are evident, with angular headlamps and a strong front fascia complemented by wraparound tail lamps. The sides incorporate clean lines for a captivating profile and improved aerodynamics.

Of course, sedans and coupes will likely be retained as part of the 2016 Honda Civic lineup. However, Middletown and Mechanicstown drivers may be able to pick up a new body style: a five-door hatchback. Combining cargo and passenger space with increased ease of entry, this is likely to prove a popular option if it’s made available by Honda.

The current Civic lineup offers both traditional and hybrid engines, and now power can be added to the mix. Honda has set hearts racing across the country with news that the next Civic may be available with turbocharged 1.5L VTEC engines paired with either six-speed manual or continuously variable transmission.

A Civic Type R will also likely be available for the North American market, putting local drivers in control of a huge output for a racing level drive. If the rumors are true, this performance-oriented model will be a treat for driving enthusiasts.

The 2016 Honda Civic will be building on the impressive performance of previous models. The currently available 2015 Civic is already close to ideal, and has been named one of the 15 Best Family Cars of 2015 and given a Best Buy Award by Kelley Blue Book, as well as a Top Safety Pick award from the IIHS.

With numerous models, body styles, and trims to choose from, the current Civic offers options for every driver, while innovative contemporary features such as speed-sensitive volume control and a rearview camera come as standard across all models.
For more information on the upcoming 2016 Honda Civic, or to test drive the 2015 model, just contact Middletown Honda today.