Details on the 2016 Honda CR-Z Redesign 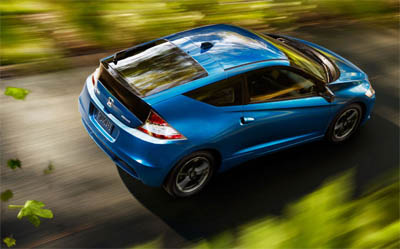 Goshen and Monroe drivers should be on the lookout for the incoming 2016 Honda CR-Z redesign. Expertly engineered to offer fun and efficiency in equal measure, the agile and eye-catching CR-Z will soon be better than ever.

Sources have stated that Honda are looking to give the 2016 CR-Z a bump, with enhancements made to both the exterior and interior. These models are slated to arrive in the US in November.

No changes are expected for the powertrain, so Goshen and Monroe drives will still experience the punchy, fuel-sipping power of the same 1.5L four-cylinder and IMA hybrid system. However, they can look forward to enjoying it from a cabin that boasts both an upgraded infotainment system, electric parking brake, and noise-cancelation technology. On the outside, brake discs are enlarged, and the lower air dam cuts through the grille.

Honda has wisely refused to change the powertrain or the 2016 Honda CR-Z’s impressive performance features, which include:

Considering the features that are being added during the 2016 Honda CR-Z redesign, Goshen and Monroe drivers will now be offered the full package. These additions will be combined with the model’s already-impressive list of standard features, which includes:

With the redesign of the 2016 Honda CR-Z, drivers need look no further for a sporty hybrid hatchback. For more information — or to check out the current 2015 Honda CR-Z — just contact Middletown Honda today.