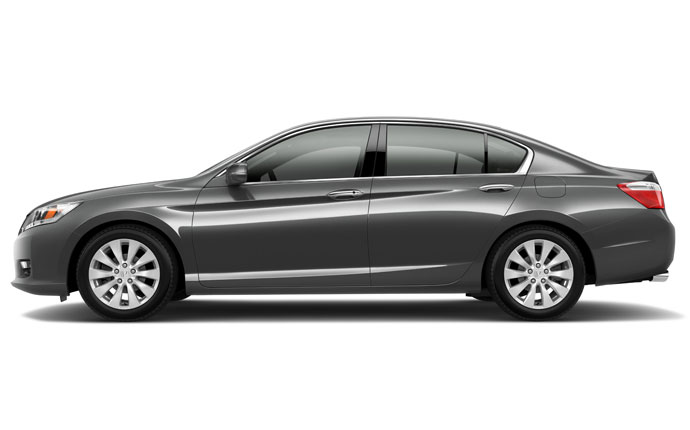 The 2014 Honda Accord is the latest iteration of the automaker’s iconic midsize sedan, and it lives up to the expectations. It’s got distinctive styling, a comfortable interior, impressive fuel economy, great features — everything necessary to make it a huge hit among drivers from Mechanicstown and the surrounding communities.

That said, at Middletown Honda, we understand the impulse to shop around — due diligence is crucial when you’re looking to make such a large purchase. With that said, let’s consider the new Accord alongside one of its top competitors: the 2014 Subaru Legacy.

We’ll be among the first to admit that the 2014 Subaru Legacy isn’t a bad vehicle — but you should be asking yourself: what does the Legacy have to offer that the 2014 Honda Accord doesn’t?

The answer is: not much. Consider the following:

See the New Accord at Middletown Honda

We’d love to tell you more about the 2014 Honda Accord in person. You can find our dealership less than two miles north of Mechanicstown, at 520 Rte. 211 E in Middletown, NY. We’d be delighted to show you the entire Honda lineup, as well as our impressive selection of used vehicles. We’re confident that we’ve got a car for you, so visit us soon!

*Based on 2014 EPA mileage estimates. Use for comparison purposes only. Your actual mileage will vary depending on how you drive and maintain your vehicle.