The 2014 Honda Civic Features vs. the 2014 Toyota Corolla Features

Since the 1970s, Mechanicstown drivers have been choosing the Honda Civic based on its reputation for reliability and great features. The 2014 Honda Civic’s trim levels offer features and performance that live up to the legacy it’s built over the years, and we’re proud to make it available to you at Middletown Honda. For decades, the Honda Civic has closely competed with the Toyota Corolla and it’s no different with the 2014 Toyota Corolla, from features to reliability to mpg. To help you make your decision, we’re comparing the features of the Civic and Corolla trim by trim.

Many drivers in Mechanicstown and Middletown will gravitate to the base trims of the 2014 Honda Civic and 2014 Toyota Corolla, so the features offered in each are quite important: 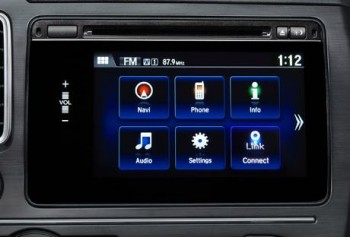 On the second trim level, the Corolla adds a six-inch touchscreen, keyless entry, automatic climate control, and keyless entry as its key features — it also finally gets power door locks. The 2014 Civic EX tops it with those features and full smartphone integration with HondaLink, keyless ignition, a blind spot camera, HDMI interface, and a better sound system.

Civic EX-L vs. Corolla LE Plus

With the LE Plus, the 2014 Corolla just adds alloy wheel and fog lights. The 2014 Civic EX-L’s additional features include leather upholstery, heated front seats, and a power driver’s seat.

The LE Premium adds vinyl seats to the Corolla, but that’s still a step below the 2014 Civic EX-L. Meanwhile, this trim for the Civic gains a navigation system along with satellite and HD radio.

The Civic HF and Corolla LE Eco are unique trims designed for drivers who want better fuel economy; they achieve this end by adding features like low-rolling resistance tires and rear spoilers to improve aerodynamics. The 2014 Corolla LE Eco boosts fuel economy to 30 mpg city and 42 mpg highway while tweaking power to 140 hp and 126 lb-ft of torque. The 2014 Honda Civic HF with CVT comes in at 31 mpg city and 41 mpg highway* while maintaining a higher level of power. 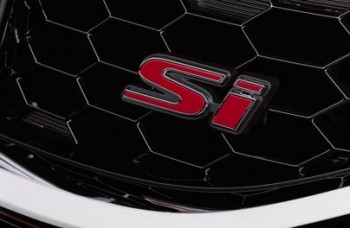 For drivers more interested in performance, there are these last two Civic Si and Corolla S trims. The Corolla S improves performance with a firmer suspension and a rear spoiler, but most changes are superficial like adding sport seats. The 2014 Civic Si has numerous design changes, but dramatically boosts performance with features like a limited-slip differential, sport-tuned suspension, and a 2.4L four-cylinder engine that produces 205 hp and 174 lb-ft of torque.

If you want a stylish and efficient car packed with modern technology that is still affordable, we’re convinced that you’ll be happier with the 2014 Honda Civic’s features rather than the features of the 2014 Toyota Corolla. To learn more about the Civic and to give it a test drive, come to our Mechanicstown-area Honda dealership. Middletown Honda is located at 520 Route 211 E. in Middletown, NY.

View Entire Civic Inventory
* Based on 2014 EPA mileage ratings. Use for comparison purposes only. Your mileage will vary depending on how you drive and maintain your vehicle.
Search
Find Your Vehicle