What Do You Get for the Price of the Honda Accord Sport? 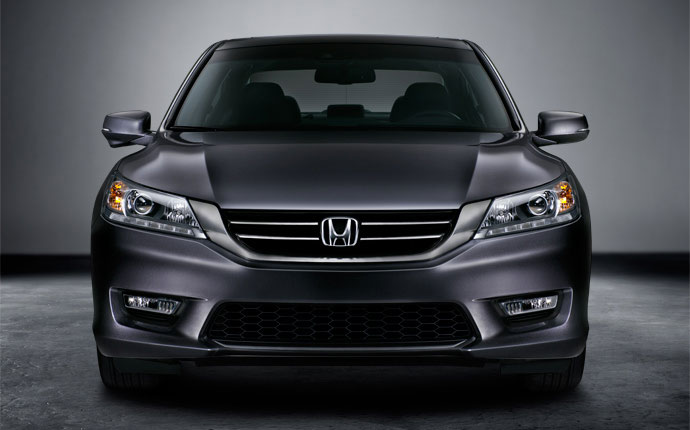 The 2014 Honda Accord Sport is something new from this perennially popular mid-sized sedan. It blends everything that Mechanicstown drivers have come to expect from an Accord, adding clever features that offer a more thrilling driving experience. If you are looking for a practical sedan that is still a lot of fun to drive, this is the trim for you, and you can find it at Middletown Honda. With a base MSRP of $23,715, you can get a lot of attractive features for the price. Read on to learn what makes this car so impressive.

The 2014 Honda Accord Sport features the same 2.4L inline 4-cylinder engine that comes standard on most of this year’s trims — but thanks to a dual exhaust system that is exclusive to this trim, you get 189 hp and 182 lb-ft of torque, both boosts over the base model. The standard transmission is a six-speed manual, but you also have the option to go with a CVT. With the CVT, the 2014 Honda Accord Sport will get 26 mpg in the city and 34 highway on the highway.*

Simply put, the 2014 Honda Accord Sport is one of the safest cars on the roads of Mechanicstown right now. In government crash tests, the car earned a perfect five out of five stars for overall protection. In the IIHS’s new small-overlap frontal-offset test that many other mid-size sedans have been performing poorly in, the 2014 Accord earned the highest possible rating.

The 2014 Honda Accord Sport comes standard with an eight-way power driver seat (with power lumbar), a leather-wrapped steering wheel with shift paddles for the CVT, cruise control, an eight-inch video display, Bluetooth phone and audio connectivity, a rearview camera, cruise control,  as well as a four-speaker sound system with a CD player, auxiliary audio jack, and Pandora functionality. The 2014 Honda Accord’s price gives you some fantastic features!

Check Out the 2014 Accord Sport at Middletown Honda

We forget to mention that since this is a Sport trim, it also has a sleek rear spoiler. If you like the sound of the 2014 Honda Accord Sport and its price, head to Middletown Honda to take one for a test drive. We look forward to showing you what this car has to offer!

1 comment(s) so far on What Do You Get for the Price of the Honda Accord Sport?