Honda’s Battle of the Bands Event Proved a Huge Success 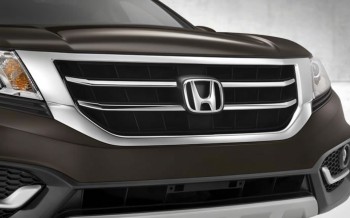 The 2016 Honda Battle of the Bands event just rocked Atlanta’s Georgia Dome, and Goshen and Monroe drivers are eager to hear more. This year’s event took place at the end of January, and went on to raise hundreds of thousands of dollars for educational institutions across the United States.

The 2016 Honda Battle of the Bands

This year’s Battle of the Bands event took place on January 30, 2016, entertaining a near-capacity crowd with eight top marching bands, each of which was given a once-in-a-lifetime opportunity to deliver a dynamic on-stage performance.

Held annually to support the Historically Black Colleges and Universities (HBCUs) organization, the Battle of the Bands give teams to opportunity to fight to earn grants and positive attention for their institutions. The 2016 event also saw Barbara Andrews, a middle school teacher and South Carolina State University alumna, who was named the 2016 Honda Power of Dreams Award winner, then given a $15,000 grant to help raise awareness of lupus, a chronic autoimmune disease.

The event was livestreamed for the very first time, reaching all 50 states and more than 40 countries. Other attractions included a performance by Ludacris, who returned to HBOB to perform for the second time, and a surprise guest performance by Musiq Soulchild.

Overall, Honda managed to award more than $200,000 in institutional grants to participating colleges and universities, and the #HBOB even hit the number two Twitter trending topic in the United States and #4 globally.

Honda is always looking for ways to give back to communities all across the country, so Goshen and Monroe drivers should contact Middletown Honda to find out about any upcoming events.