Honda Boasts Four of the Most Popular Vehicles in the U.S. 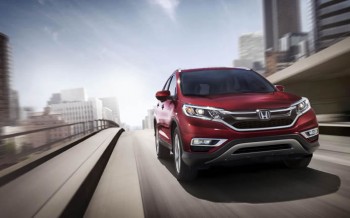 The Accord, CR-V, Civic, and Odyssey have each been named among the most popular vehicles in the U.S. in their respective segments. According to the analysis of data from IHS Automotive, these vehicles make up three of the top six best-selling passenger vehicles in the country.

The 2015 Honda Accord is one of the most popular car in America, with 382,535 units sold in 2014, dramatically outpacing many competitors for the second year in a row. With a suite of interior amenities and a powerful engine beneath the hood, this machine drives, looks, and feels like the truly superior vehicle it has proven to be.

The 2015 Honda Civic ended the year with 317,025 units sold – a solid lead on all other compact cars. In fact, the Honda Civic finished more than 44,000 units ahead of the nearest competitor.

Always a popular vehicle at Middletown Honda in NY, the Civic has built a solid reputation as a family vehicle with first-rate entertainment, plenty of passenger and cargo space, and a smooth, responsive drive. Suffice to say, its nationwide popularity came as no surprise to our staff.

Not only did the 2015 Honda CR-V manage to develop an 80,000-unit lead over the number-two selling vehicle in the segment during 2014, but it also became the best-selling SUV of the decade.

With over 331,706 units sold in the last year alone, as well as a Motor Trend 2015 Sport/Utility of the Year Award, the CR-V is clearly an impressive SUV. Both rugged and high-tech, there’s no need to consider any other model on the market.

Americans continued to strongly favor 2015 Honda Odyssey in 2014, with the brand selling 119,615 units and reaching a 32 percent retail segment share.

Clearly a beloved minivan, the vehicle’s three rows and maximum passenger occupancy of eight combine with exceptional cargo space and interior technology to create one of the most dynamic models available today.

See Some of the Most Popular Vehicles in the U.S. Today

All in all, the phenomenal performance of each vehicle allowed Honda to reach an all-time annual sales record of 1.37 million units. The people have spoken, and you can experience these vehicles for yourself when you come to Middletown Honda in NY.

0 comment(s) so far on Honda Boasts Four of the Most Popular Vehicles in the U.S.