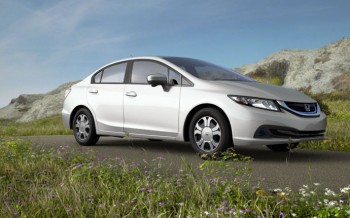 Why Did Honda Cancel the Civic Hybrid?

Honda is changing its strategy with regards to the Civic brand. The Hybrid and Natural Gas models are being killed off in favor of the more aggressive Civics from previous iterations, including Si and R types. They’re definitely going to be more powerful and balanced than the existing models on the road today.

We’ve also heard whispers about Honda’s plans for other vehicles in the fleet. In particular, we were able to uncover the following information:

Fortunately, the 2015 Honda Civic Hybrid is available now at Middletown Honda, and we’d love to give our Goshen and Monroe customers the opportunity to take it for a test-drive or two around the area. The 2015 Civic Hybrid is one of the most advanced hybrids on the road today, and it truly encompasses Honda’s dedication to efficiency and affordability in one balanced package.

Come see us today at Middletown Honda to get started with your very own test drive! We hope to see our Goshen and Monroe customers soon!

0 comment(s) so far on Honda Cancels the Civic Hybrid: Breaking News for Goshen and Monroe Drivers