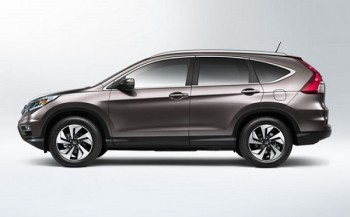 Honda has just announced an innovative step forward in safety technology, and all of us at Middletown Honda are excited. The Intelligent Adaptive Cruise Control system, which will debut in the Executive-grade model of the European 2015 Honda CR-V, advances adaptive cruise control to the point where potential incidents can be predicted and actively avoided without the driver having to react at all. We don’t know when Mechanicstown, NY drivers will see this in their vehicles, but we encourage you to keep reading to learn more about this exciting technology.

Honda’s Intelligent Adaptive Cruise Control (i-ACC) system is the result of an extensive study of European driving patterns. Conducted over many years, the technology is currently honed to riding on European roads.

The amount of research conducted means that an algorithm can be set up to almost faultlessly predict when a collision could occur by foreseeing and reacting to other vehicles dangerously cutting-in on you. This is backed up by the very latest in vehicle-sensing technology.

The i-ACC uses a small camera and radar system to continuously evaluate the distances between your vehicle and the cars surrounding it, as well as each one’s relative speed. It is then able to predict the likelihood of those vehicles cutting in by applying an advanced algorithm.

If it senses that a car is about to move into your lane, the system softly brakes the car, and a light appears on the dashboard to inform the driver of the current situation, preventing them from becoming alarmed by the change in speed. The system then brakes more boldly, allowing an appropriate distance between vehicles to be reestablished.

This technology is so cutting-edge that it can predict if a dangerous maneuver will be attempted up to five seconds ahead of it occurring, making the i-ACC a strong step forward in automotive safety.

The algorithm used currently makes the device feasible only for Honda vehicles in Europe and the UK, but research into American driving behavior could quickly bring this innovative feature to drivers in the Mechanicstown area sometime soon.

Honda has always been a trendsetter, and this new safety system once again demonstrates the automaker’s unending commitment to improving the driving experience . For more information on this forward-thinking piece of protection technology, or to check out the full Honda lineup, visit Middletown Honda.