The 2014 Honda Accord Reviews Reinforce Its Excellent Reputation 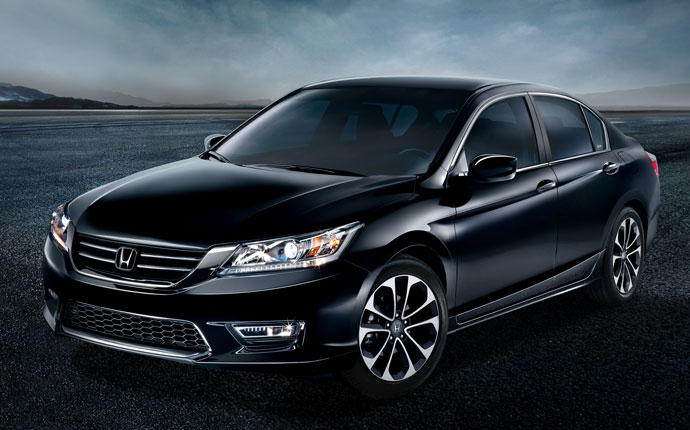 First introduced in 1976, the Honda Accord has long been one of America’s most popular vehicles. Over its decades on the road, the midsize car has developed a positive reputation as a well-rounded vehicle. The Accord delivers performance, classy looks, and great efficiency, along with a solid track record for reliability. The glowing reviews of the 2014 Honda Accord certainly indicate that it lives up to the reputation of its predecessors.

Edmunds.com is a terrific resource for people trying to narrow down their choices. They had great things to say about the 2014 Honda Accord: “With its strong performance, outstanding fuel economy, precise handling, accommodating cabin and good overall reputation, the 2014 Honda Accord is one of our top picks in the hugely competitive midsize sedan segment.”

Similarly to Edmunds, Autotrader were fans of the Accord. They especially like how the new Accord offers a number of standard features, saying, “You no longer have to spring for the pricey EX if you want cool features, because even the mainstream LX comes standard with alloy wheels, Bluetooth, USB connectivity and dual-zone automatic climate control.”

They’re quite right in that regard. The 2014 Honda Accord comes with those features, along with a rearview camera, an eight-inch display screen, and the ability to access Pandora internet radio right from the car. This year’s Accord offers many luxury features at an affordable price.

Consumer Guide had three different reviewers take a look at the 2014 Honda Accord, and they were all pleased. One reviewer was quite enamored with a particular safety option: “a feature that first appeared on the Accord is a camera built into the right-side rearview mirror. It automatically switches on whenever you activate the right turn signal, displaying an image of what otherwise would be your blind spot on the dashboard screen. Very handy. And safe.”

In addition to the standard rearview camera, drivers can also get the Honda LaneWatch system. Once activated, a camera in the right side mirror is show in the eight-inch display screen. It’s easy to get used to and makes changing lanes very simple.

Try the 2014 Accord at Middletown Honda

The reviews are in, and the 2014 Honda Accord is a phenomenal vehicle for drivers in the Mechanicstown area. You can try it for yourself when you visit our dealership at 520 Route 211 E. in Middletown, NY.