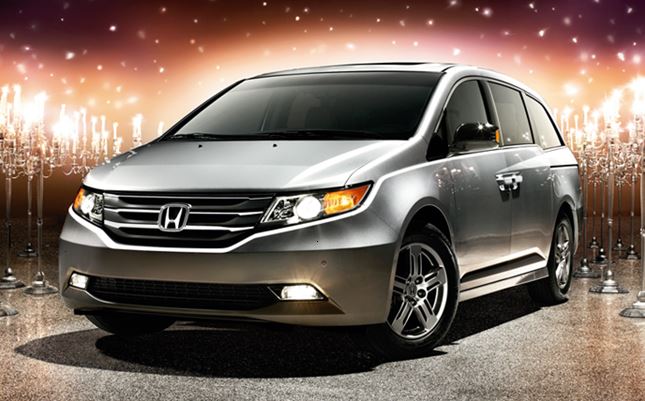 Families in the market for a brand new vehicle around Mechanicstown should consider a used Honda Odyssey from Middletown Honda. The Odyssey has always been one of the best minivan options on the road and no matter which model year you’re looking at, you’re going to find a solid and dependable minivan for you and the whole family.

Of course, there have been some notable changes to the Odyssey over the years, and we want to let you know just what you can expect across those different models when you visit our Middletown used car dealership.

The fourth generation of the Odyssey first became available for the 2011 model year, although you may have heard the 2013 Odyssey making quite a bit of news. Although the entire fourth generation provides plenty of great options for drivers—like the powerful standard V6 engine—the 2013 and later models have helped to redefine the idea of “standard features.”

If you find a gently-used 2013 or newer Odyssey, you’ll find amenities like Bluetooth phone and audio streaming, a rearview camera, Honda’s unique i-MID system connecting all of your technology, and much more.

And the 2014 models are still fresh off the line, but when they hit our used car showroom you can expect at least a few of them to be outfitted with the new HondaVac: a built-in vacuum for keeping your minivan clean.

With seating for up to eight passengers, it’s easy to pack up the whole family—and maybe some friends—and hit the road. Standard features varied across this generation, as many new technology innovations were occurring over these six model years, but don’t be surprised if you find some of the following on third-gen Odyssey models:

We think that there really is a Honda Odyssey, used or new, here at Middletown Honda for any driver’s needs. Test drive one and see how it compares to the Toyota Sienna today! We’re just a short drive away from Mechanicstown, it’s easy to drop by and take one or two for a spin. We’re located at 520 Route 211 E. and ready to help you find your next car. Be sure to contact us if you have any questions about our inventory.